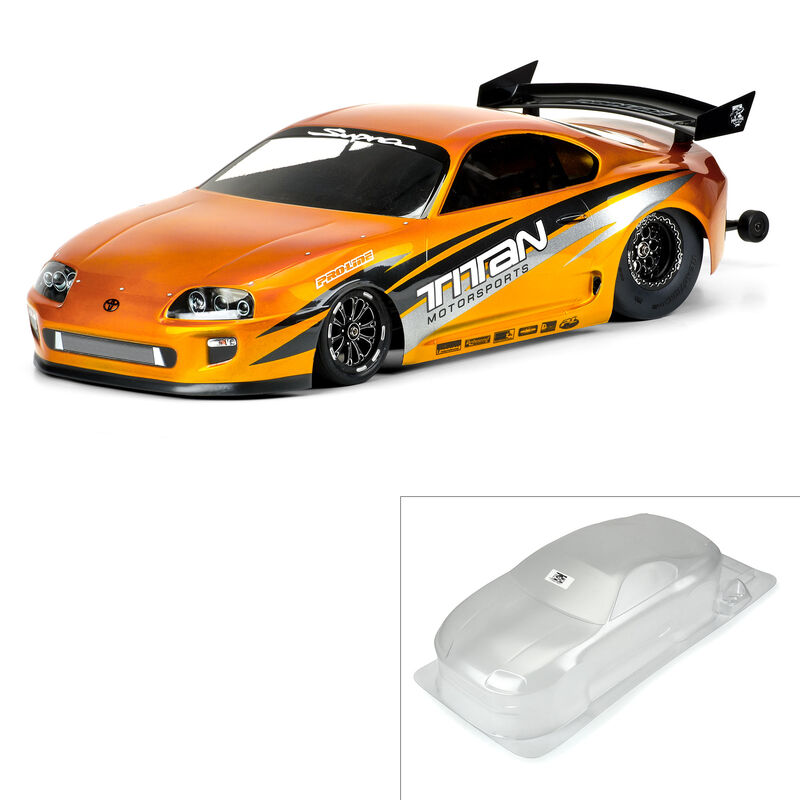 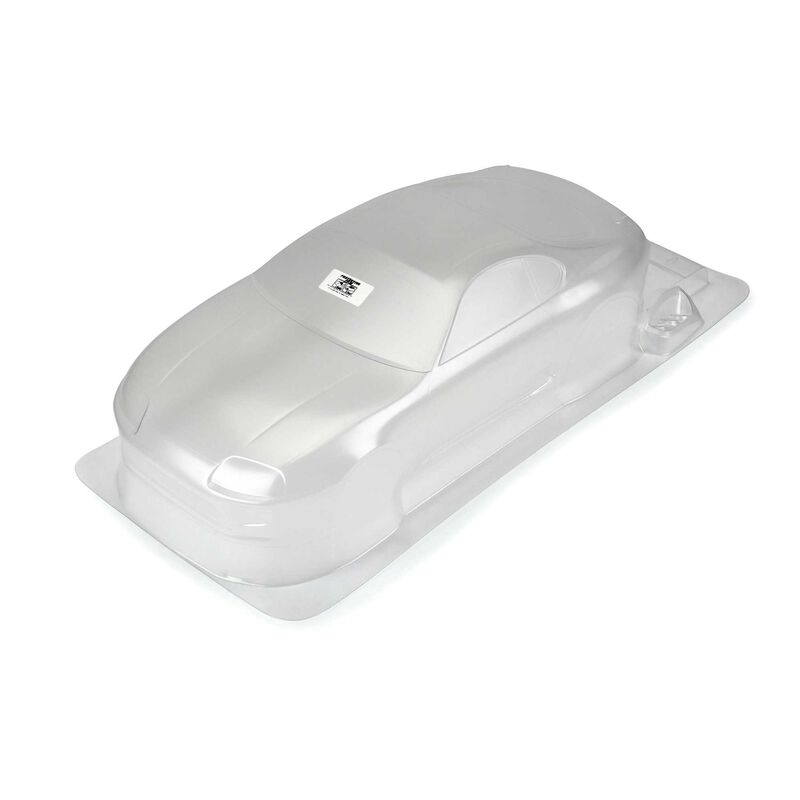 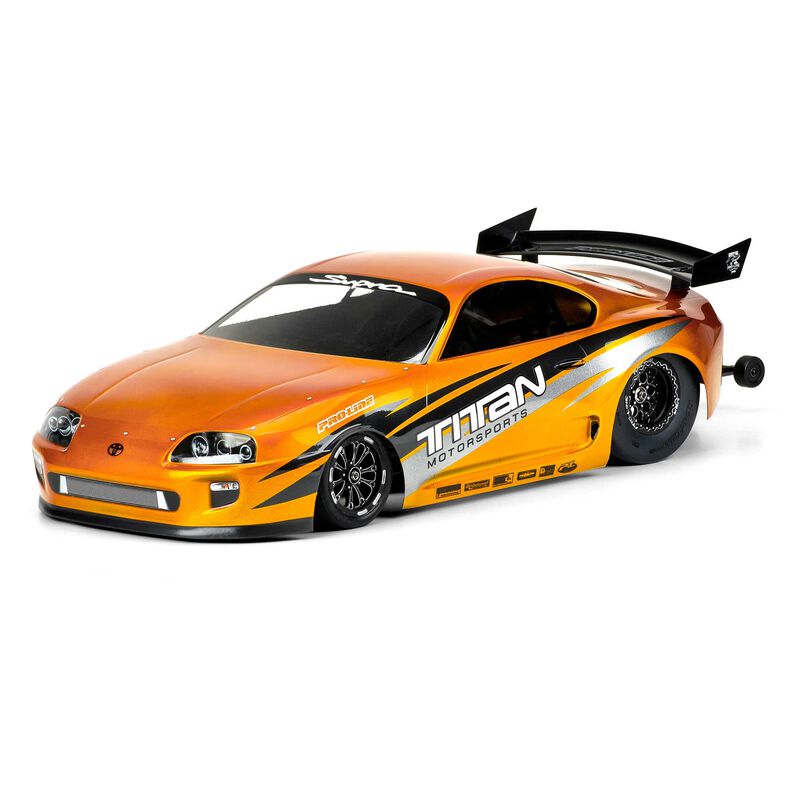 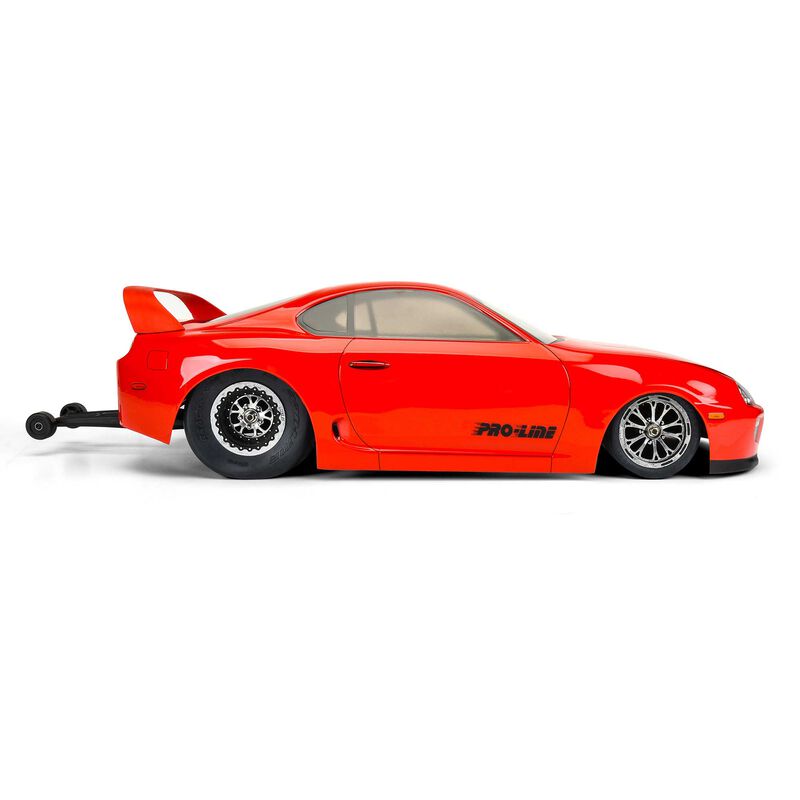 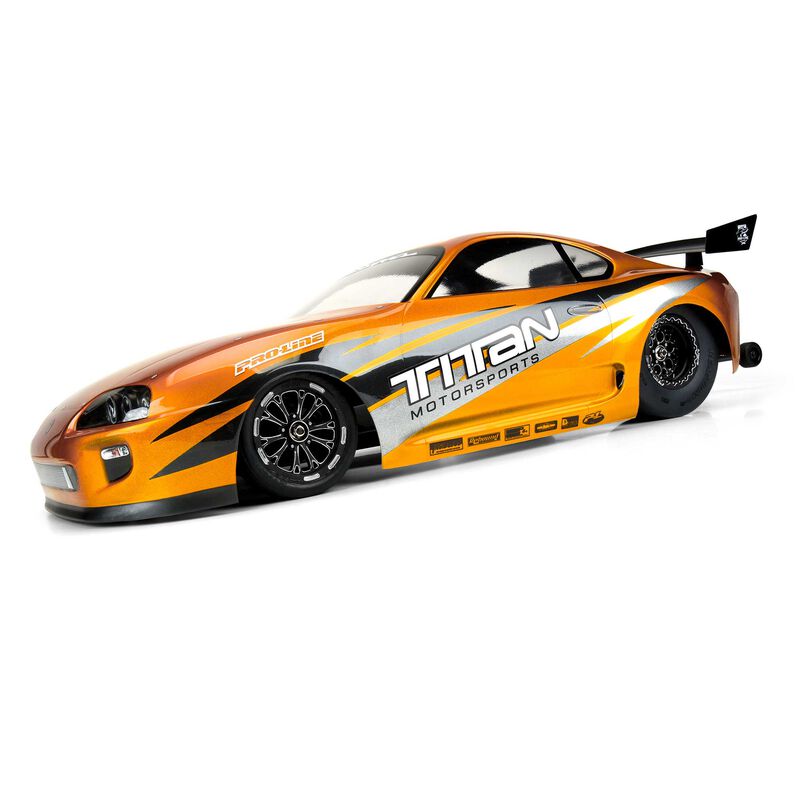 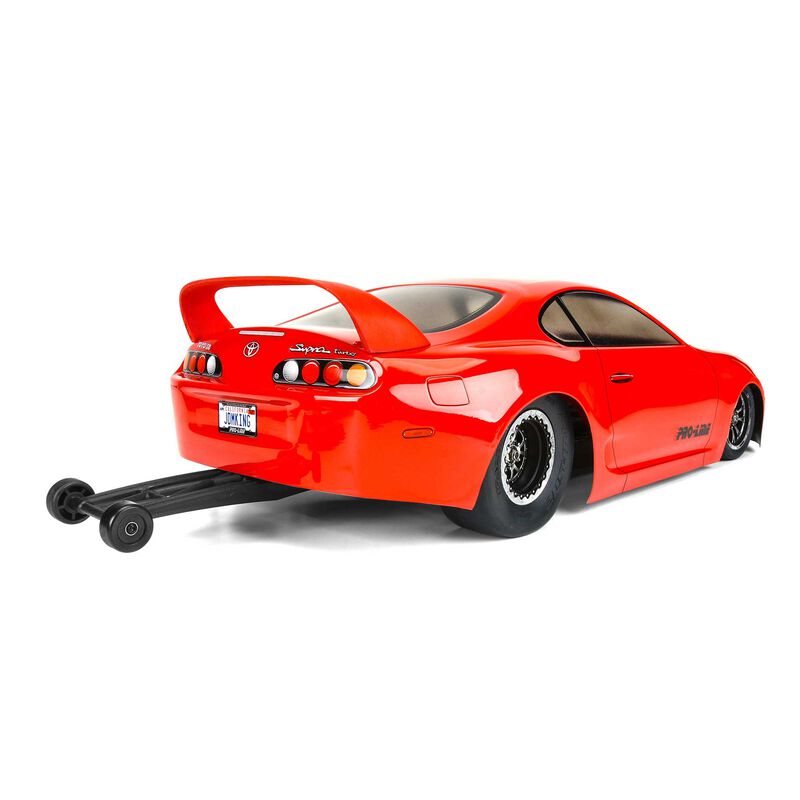 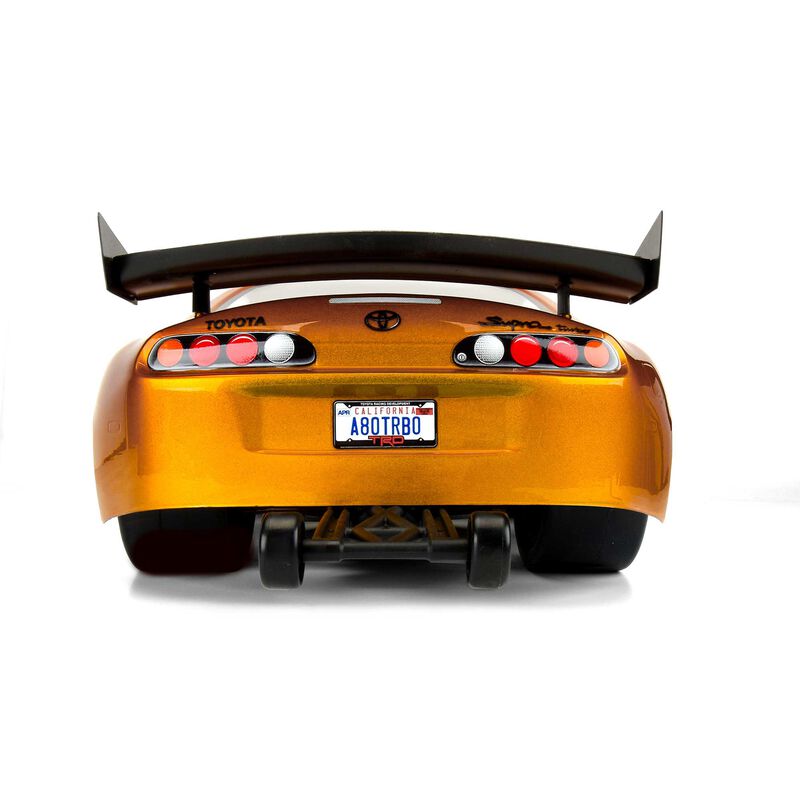 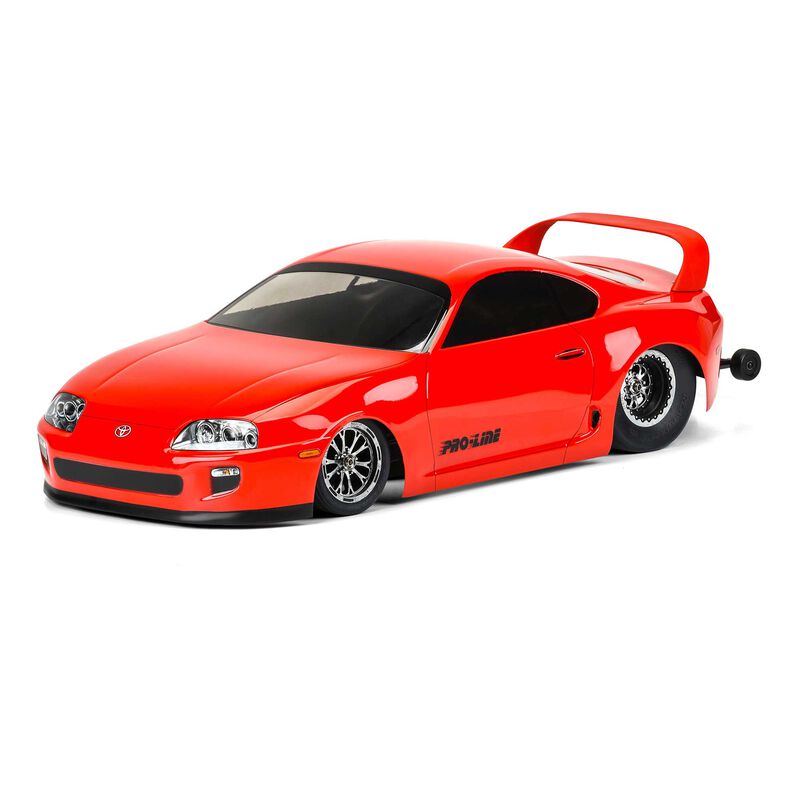 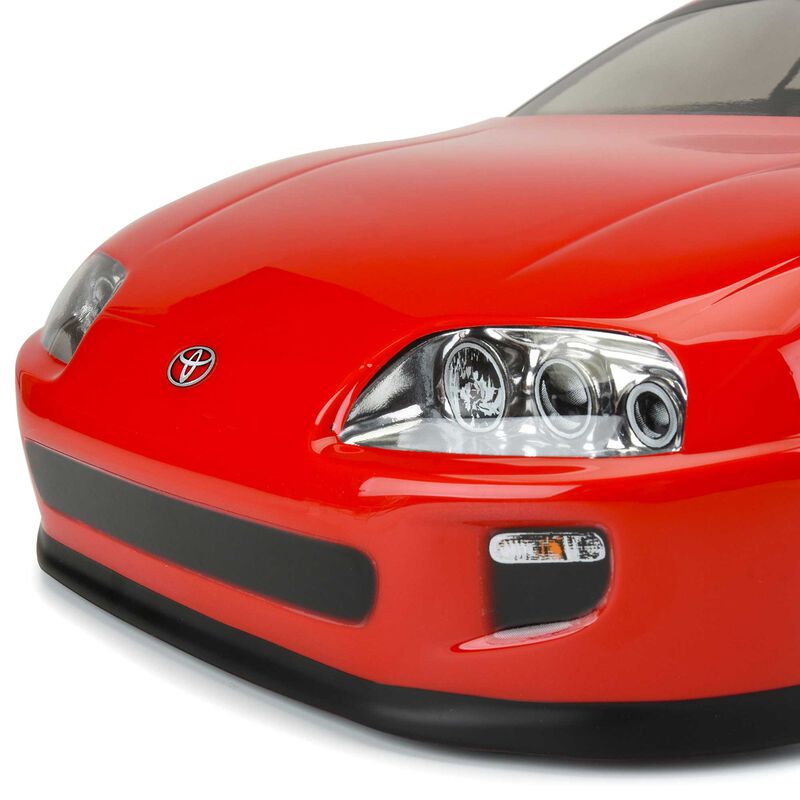 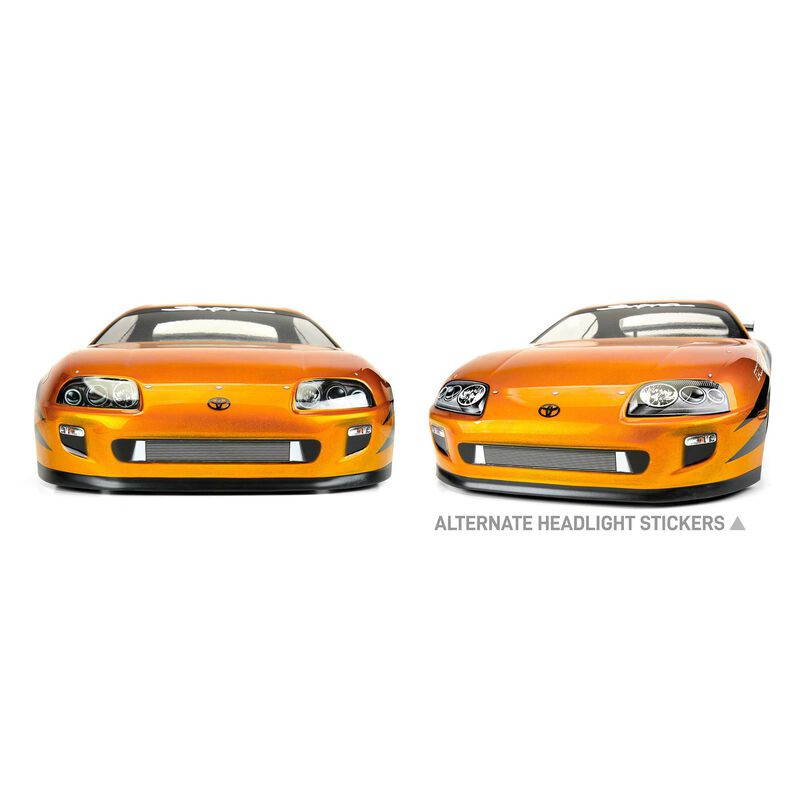 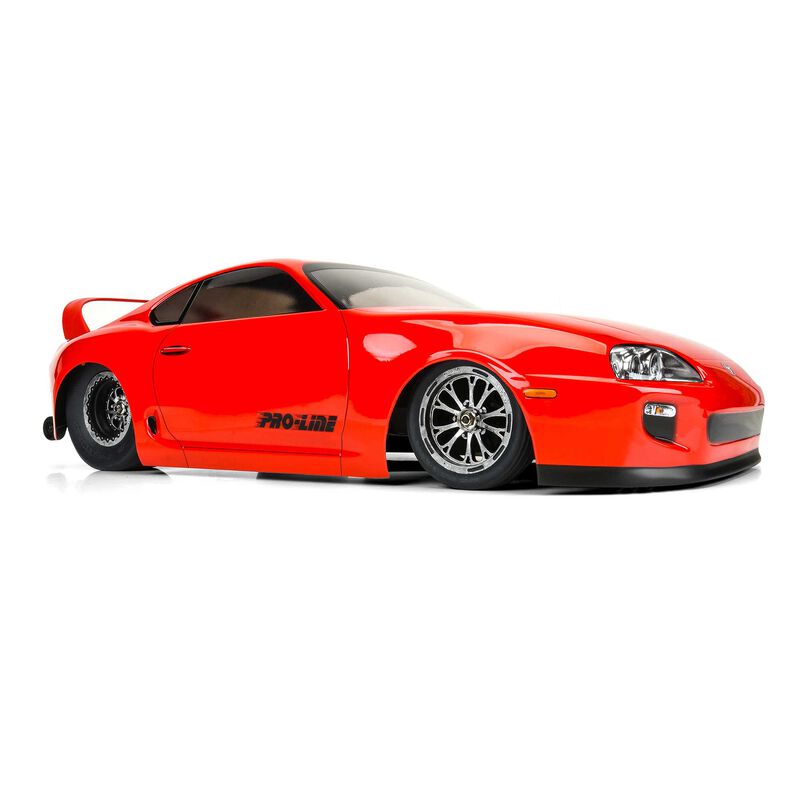 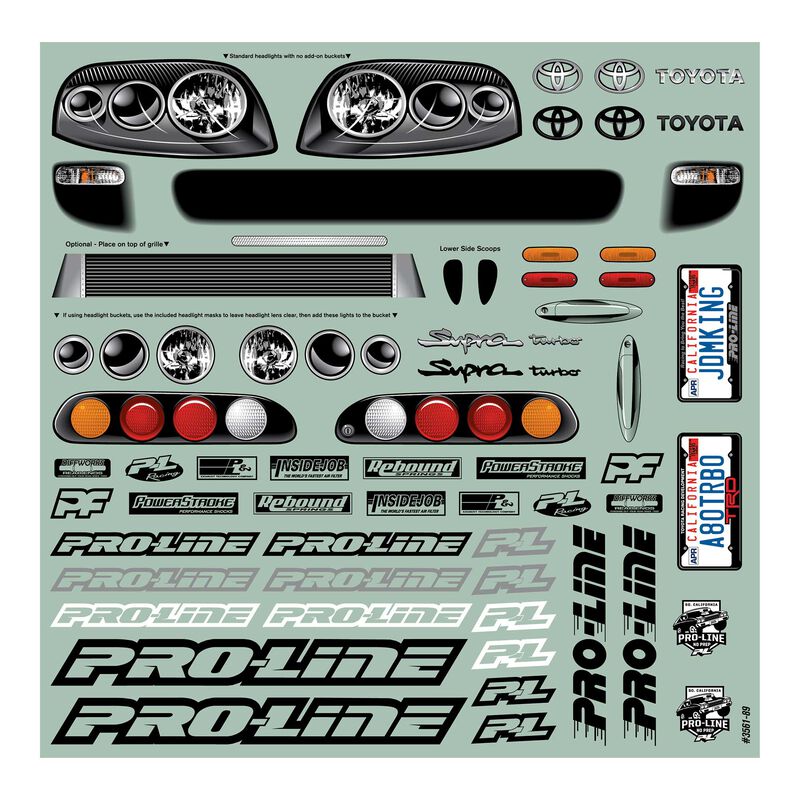 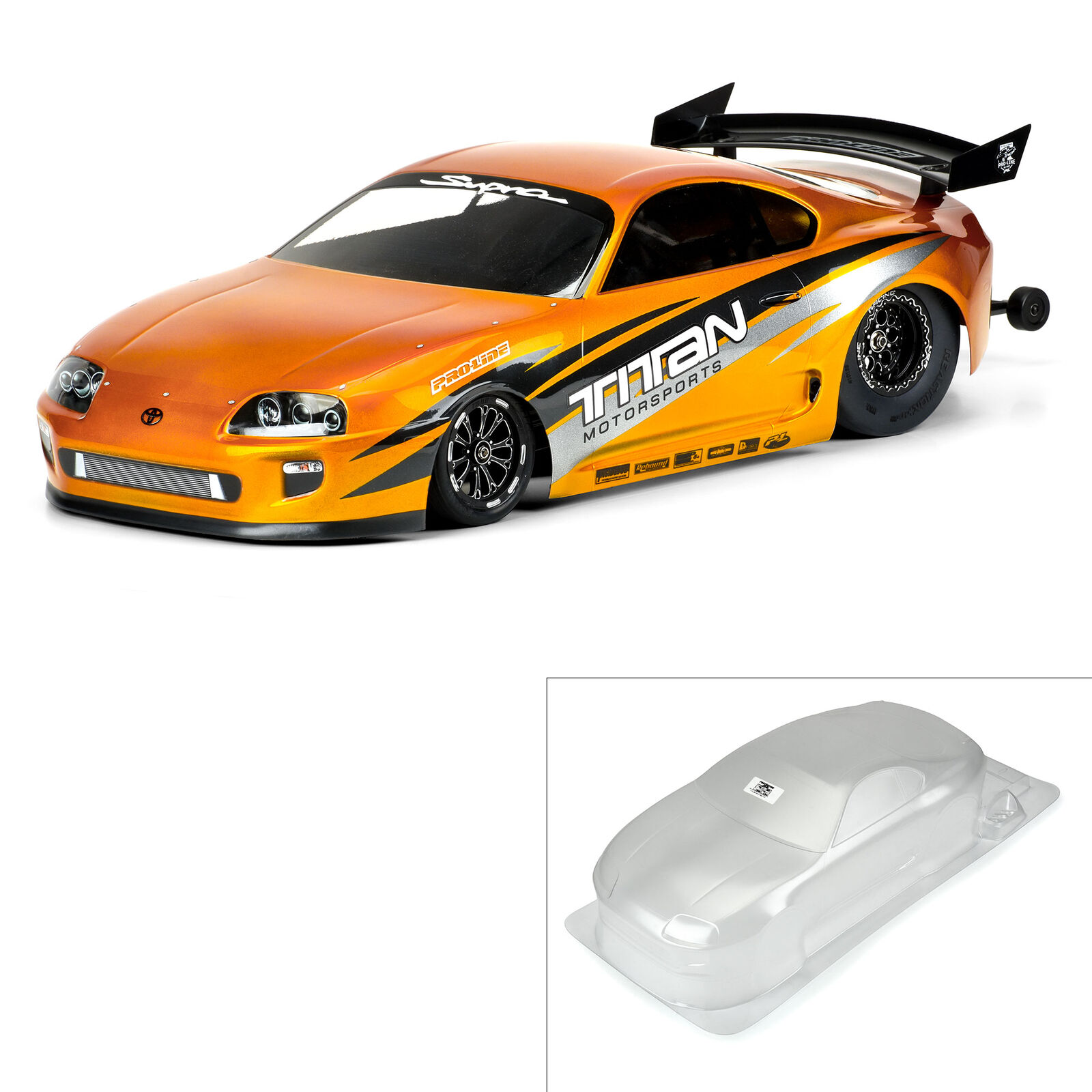 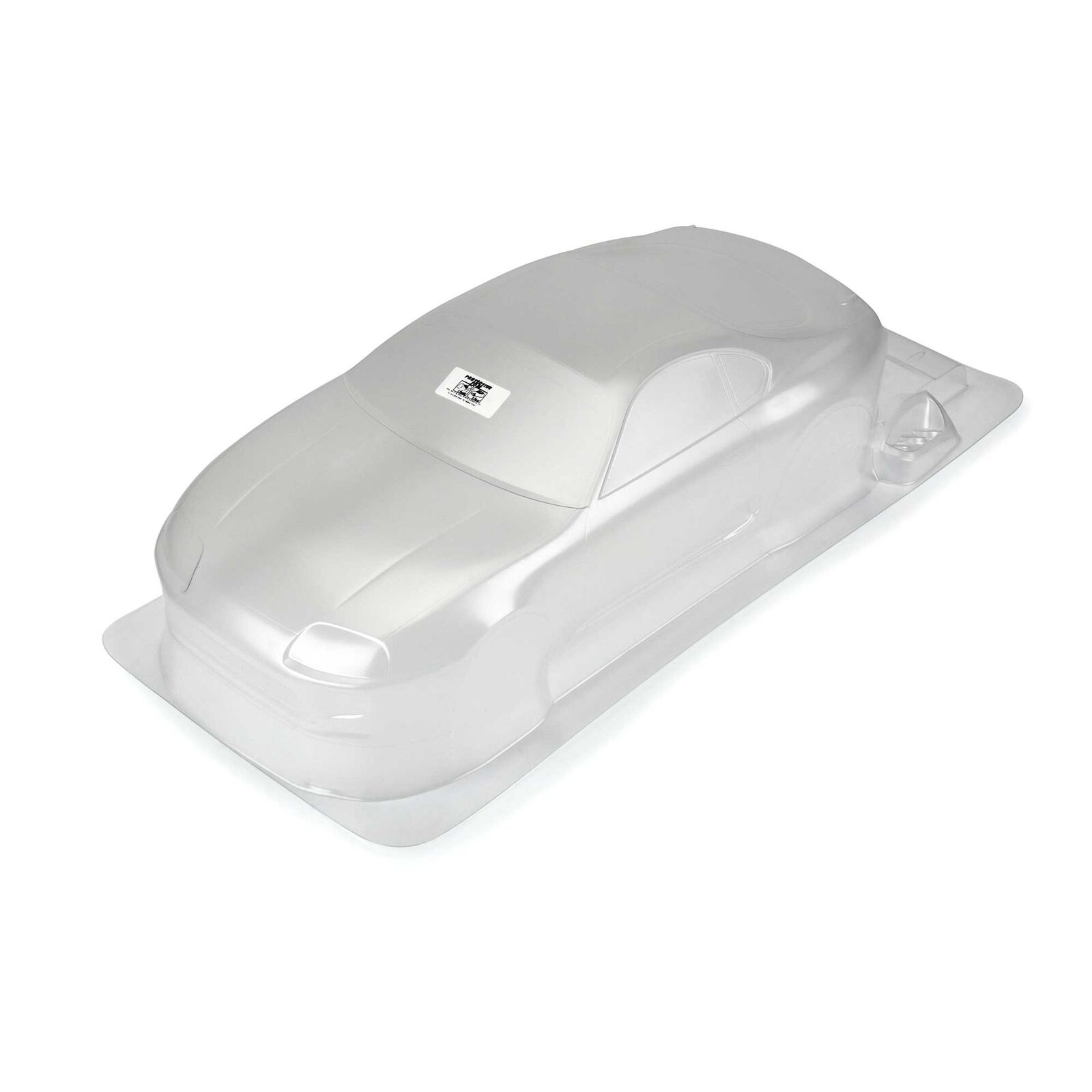 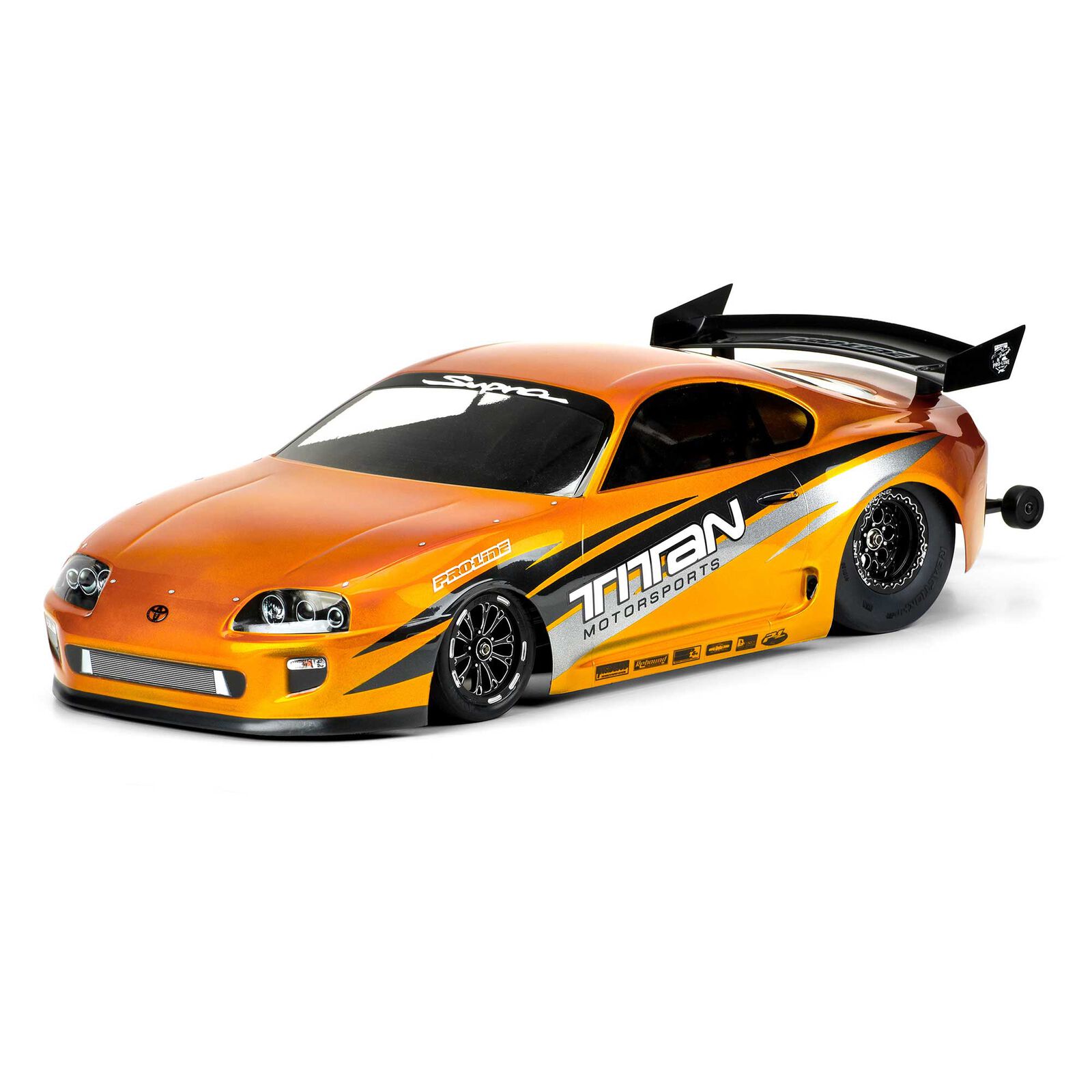 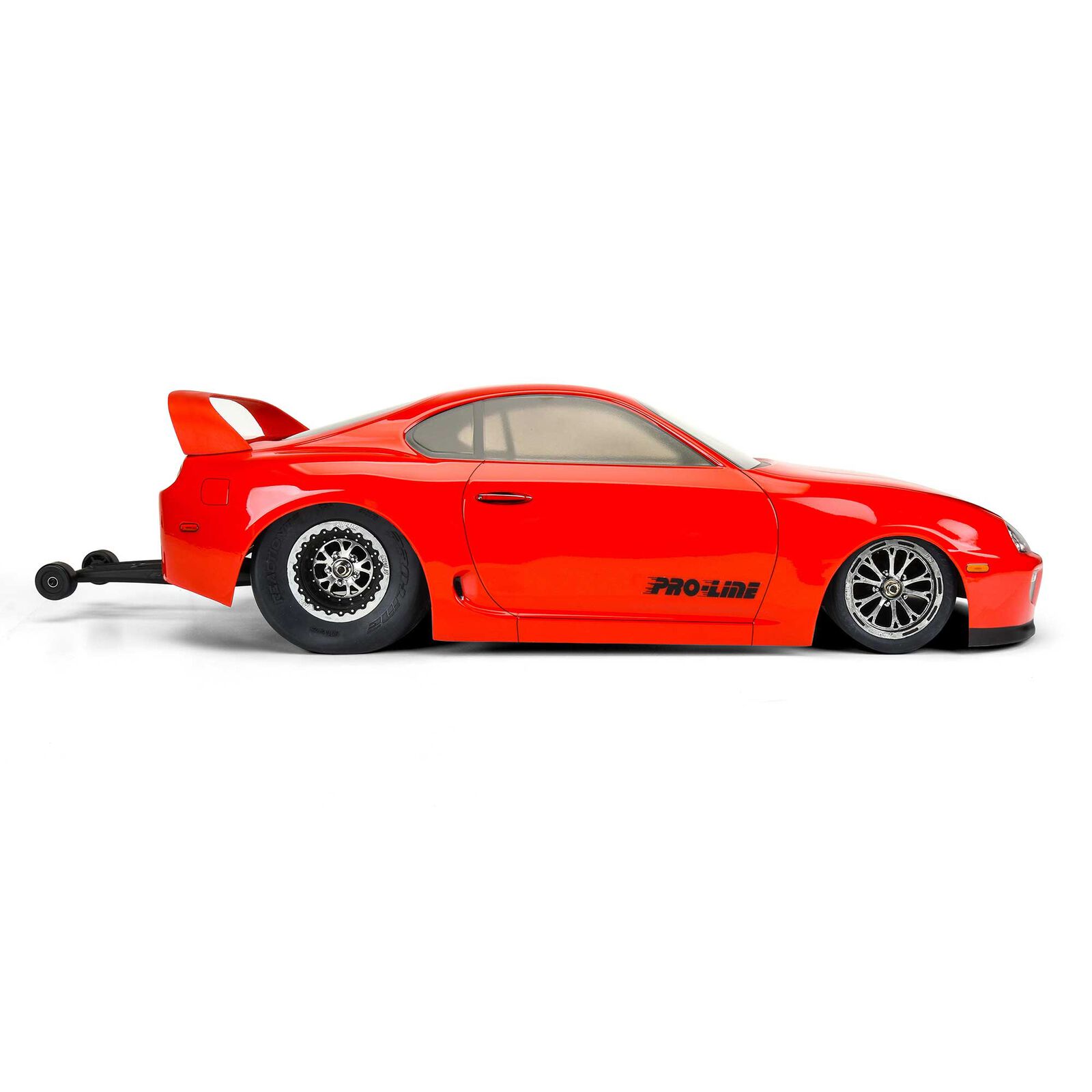 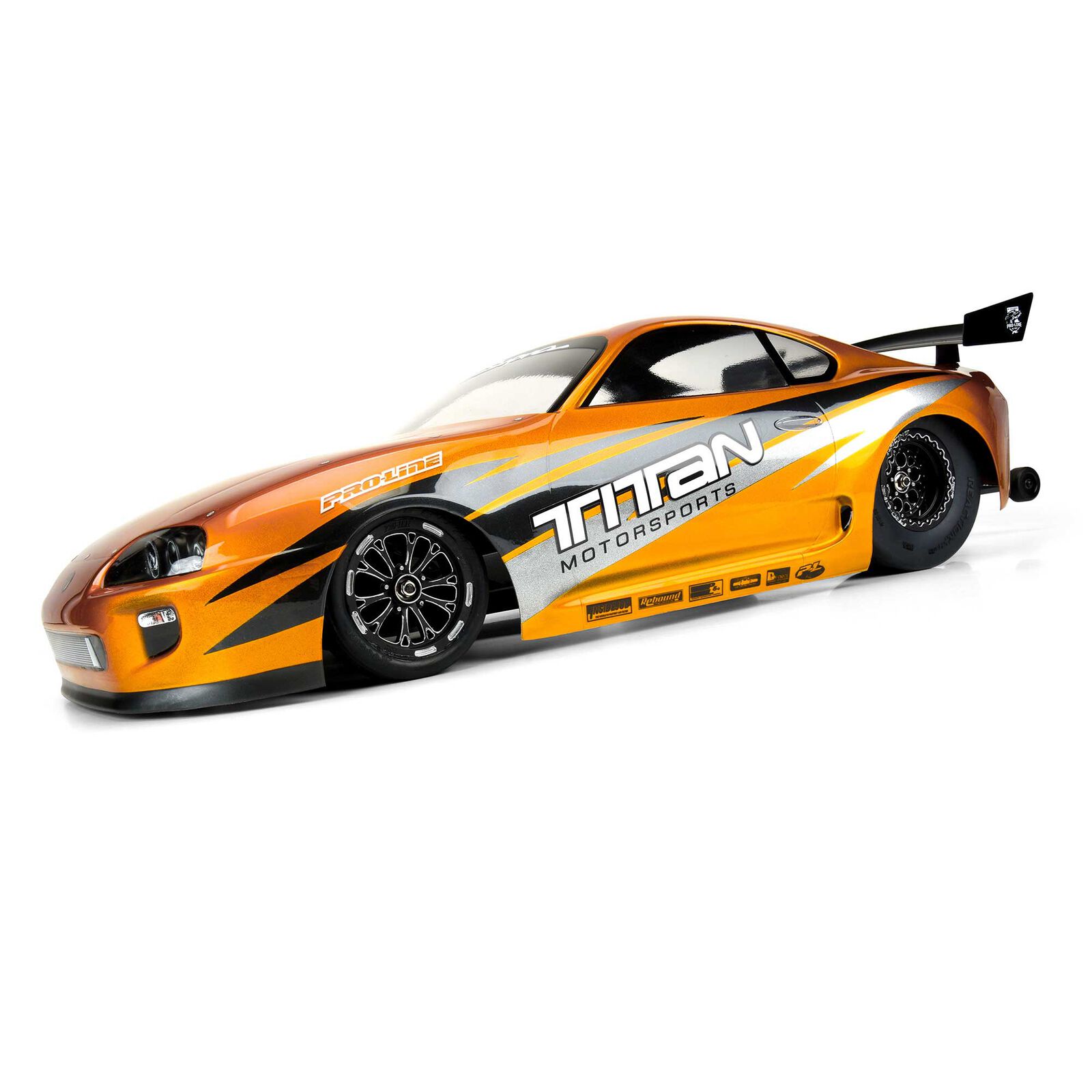 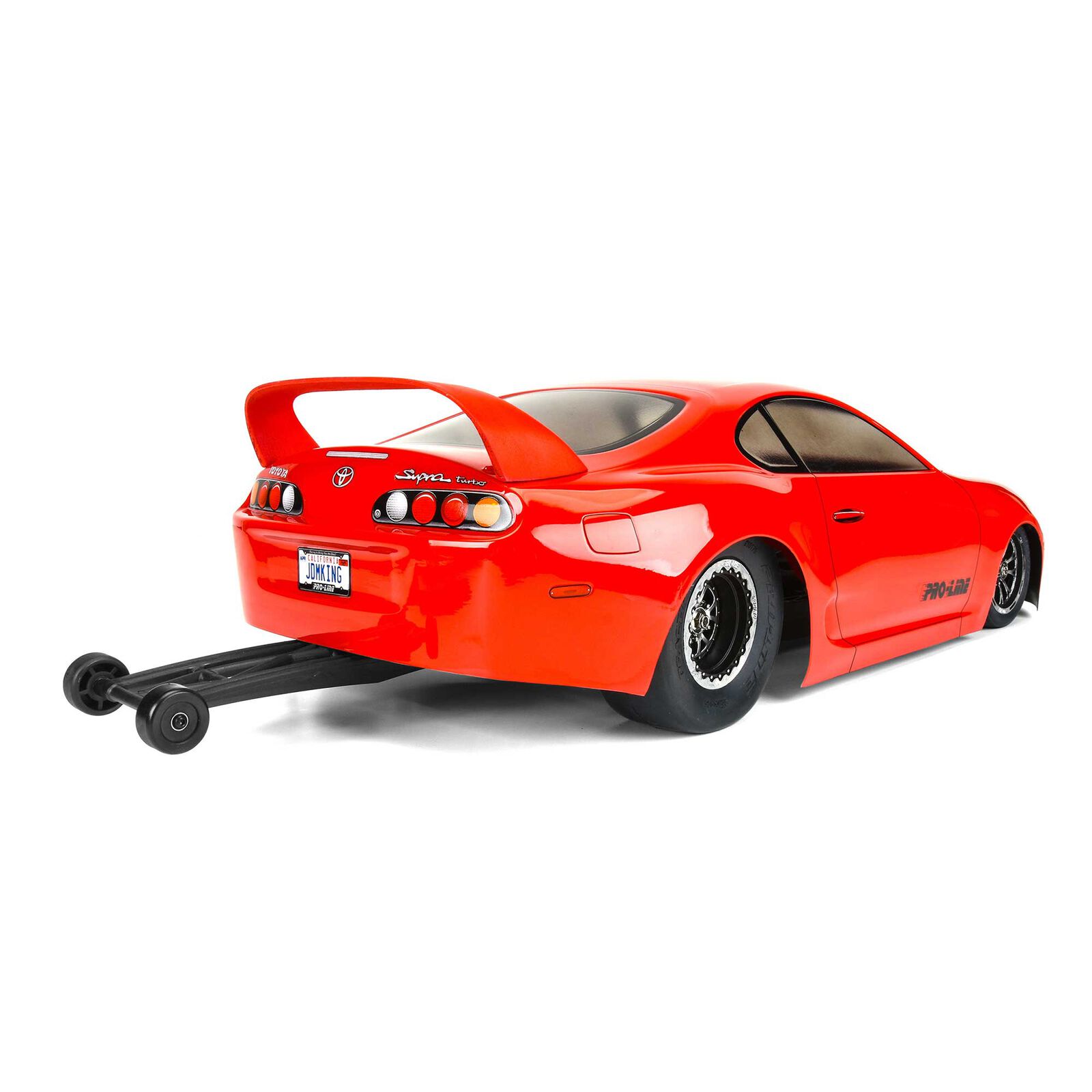 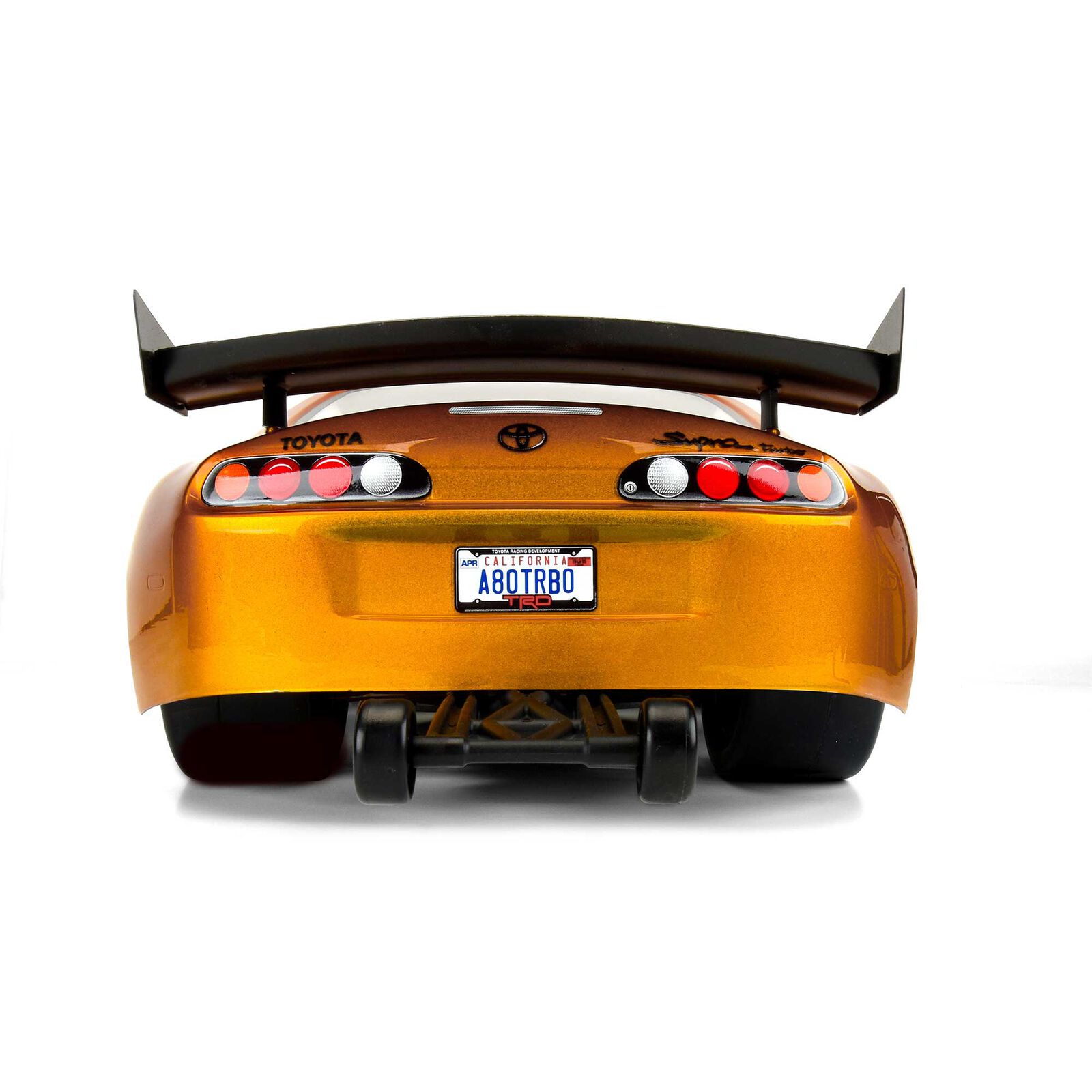 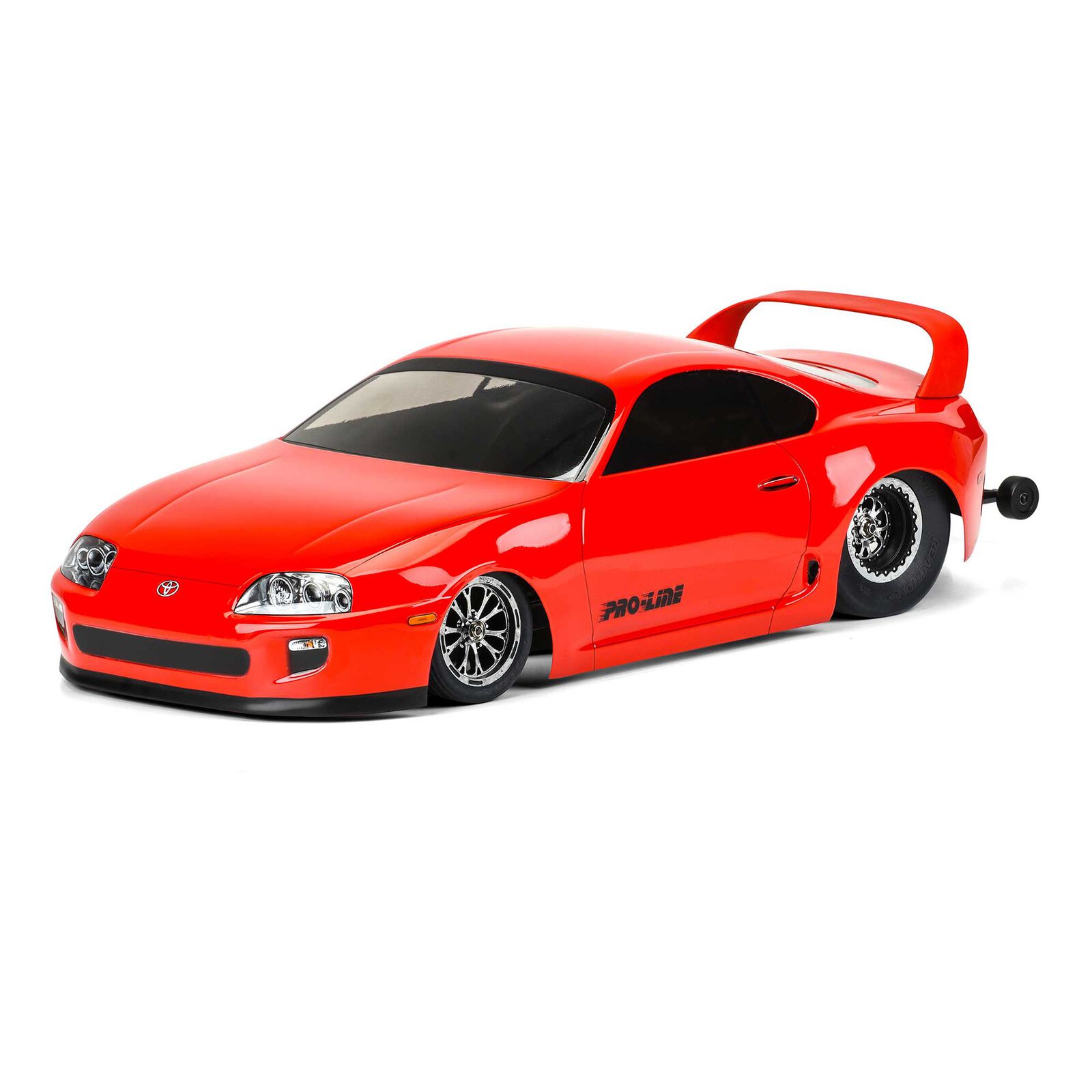 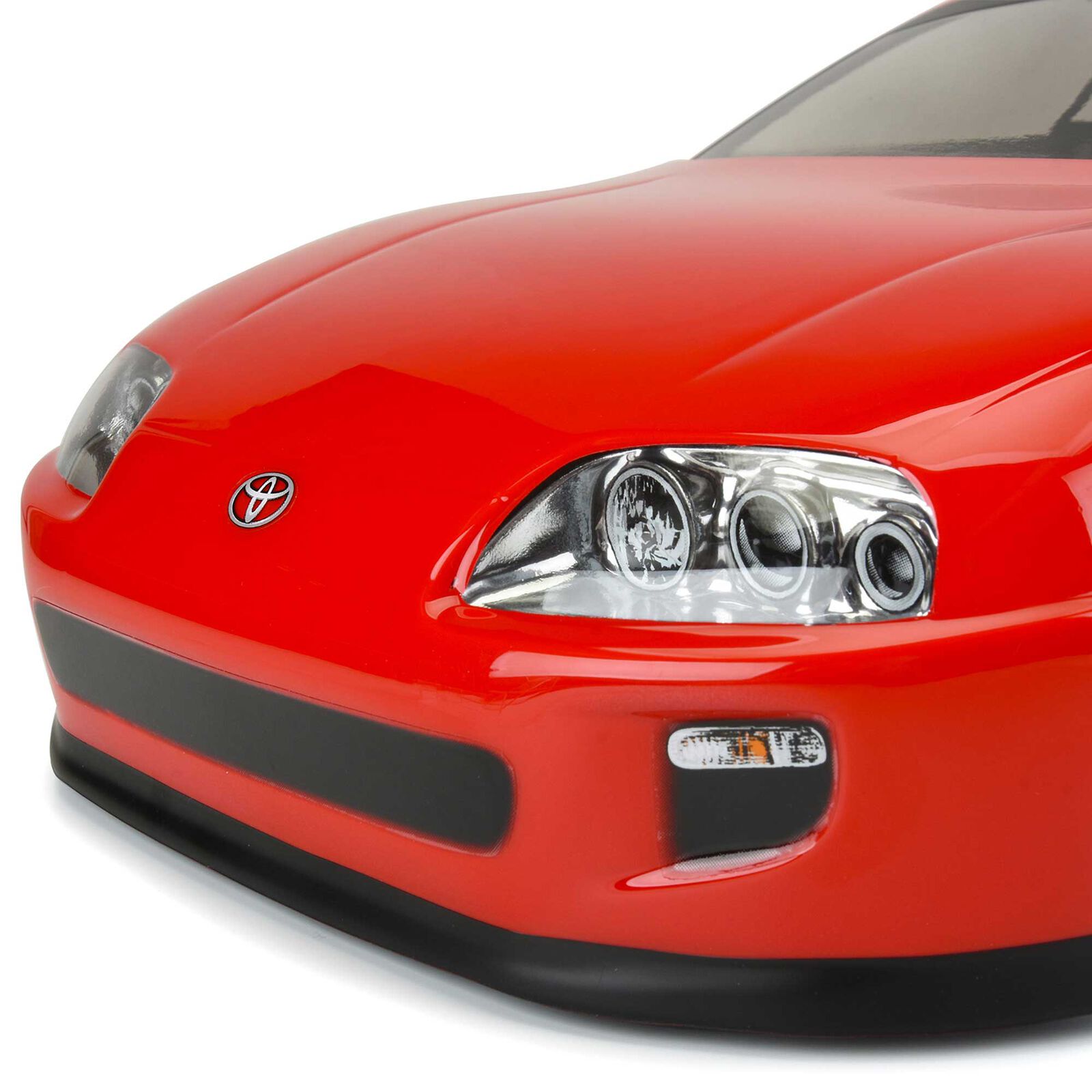 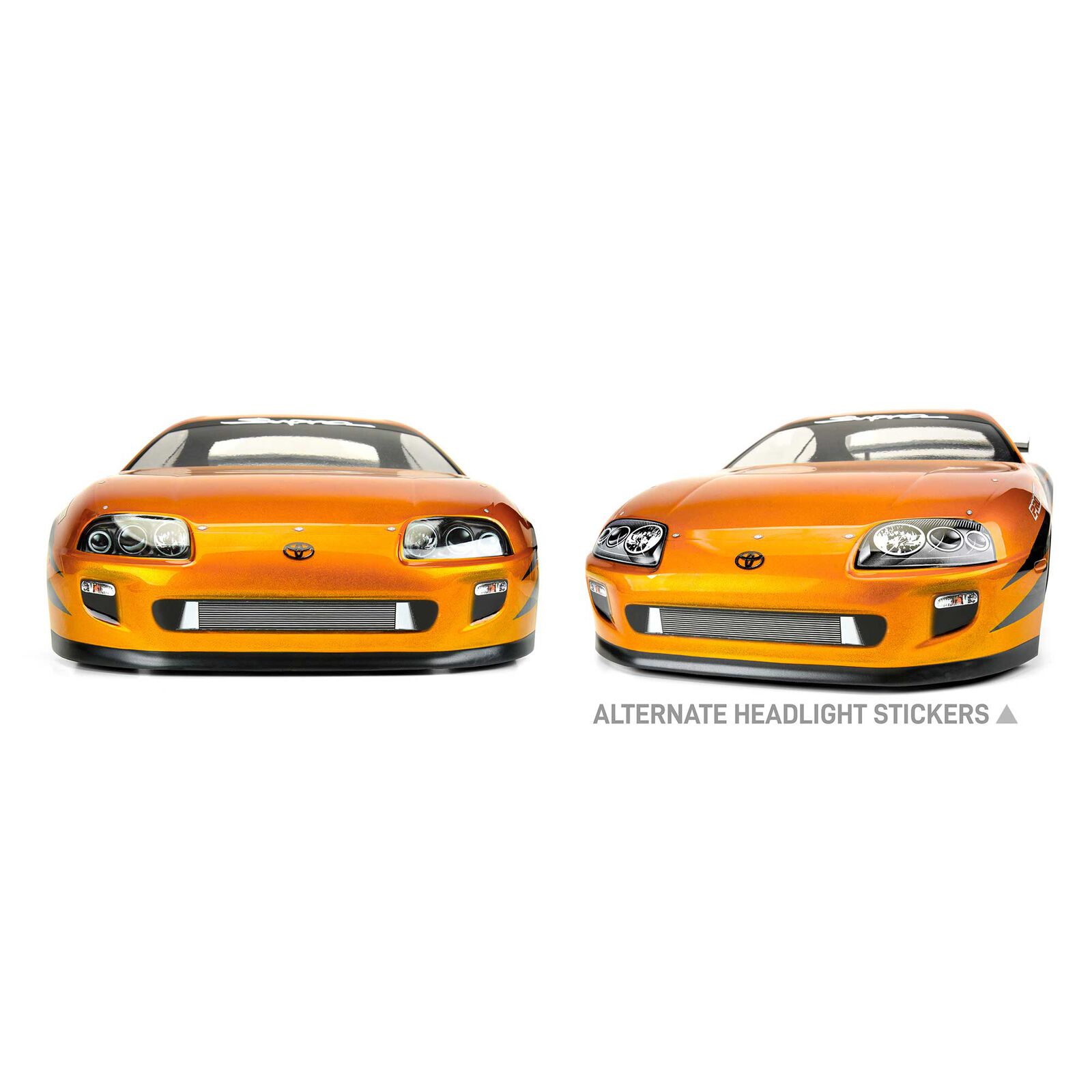 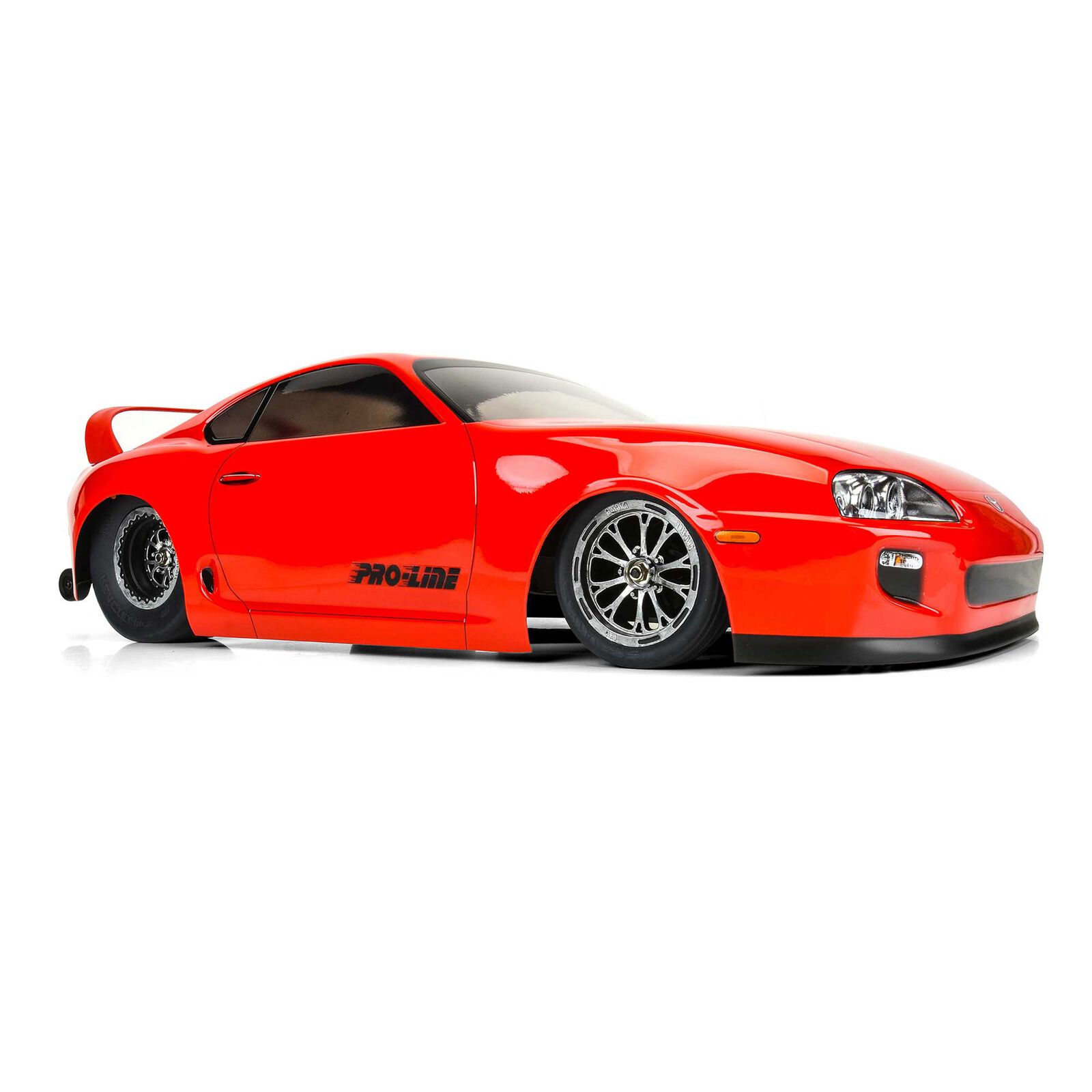 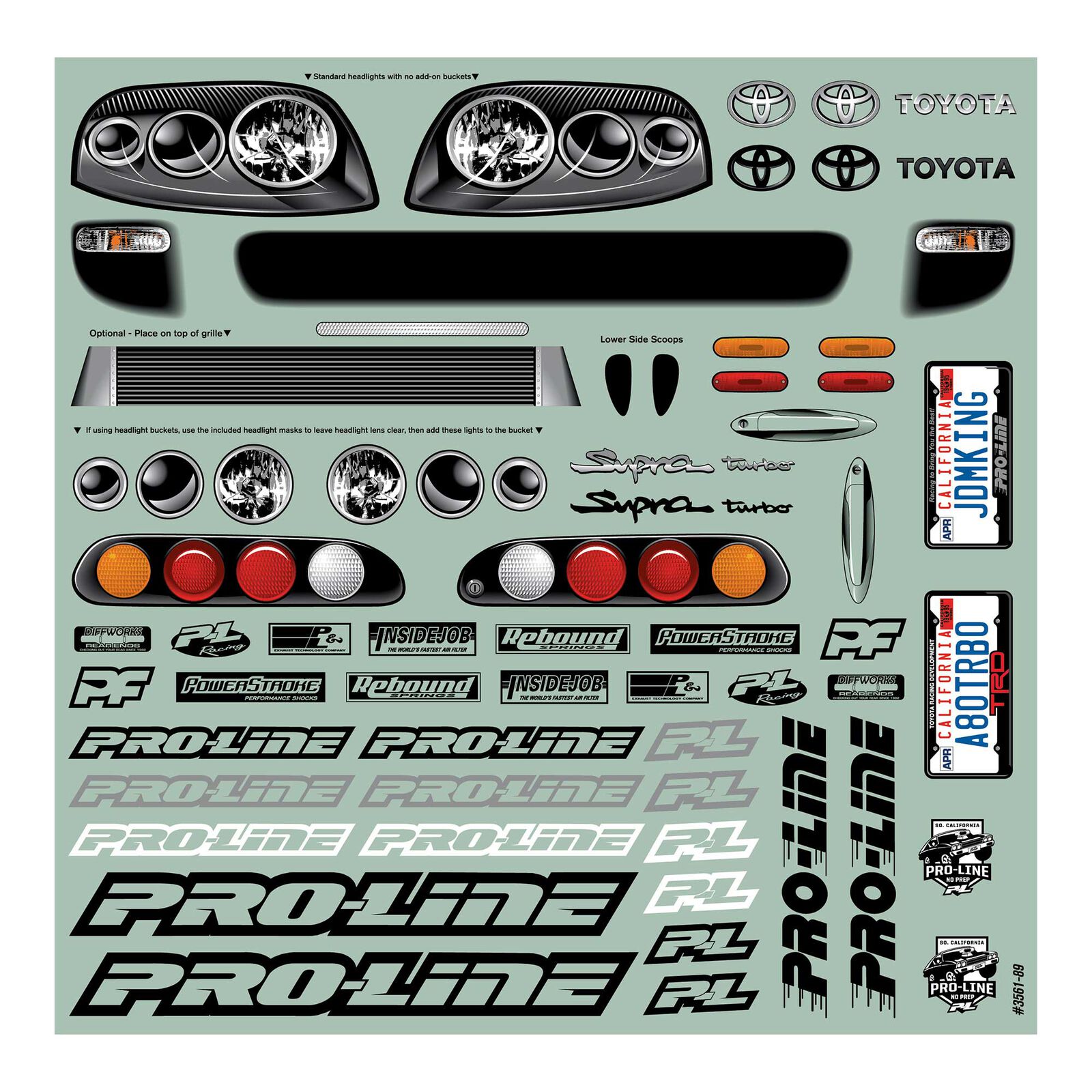 Share
The link to 1/10 1995 Toyota Supra Clear Body: Drag Car has been copied 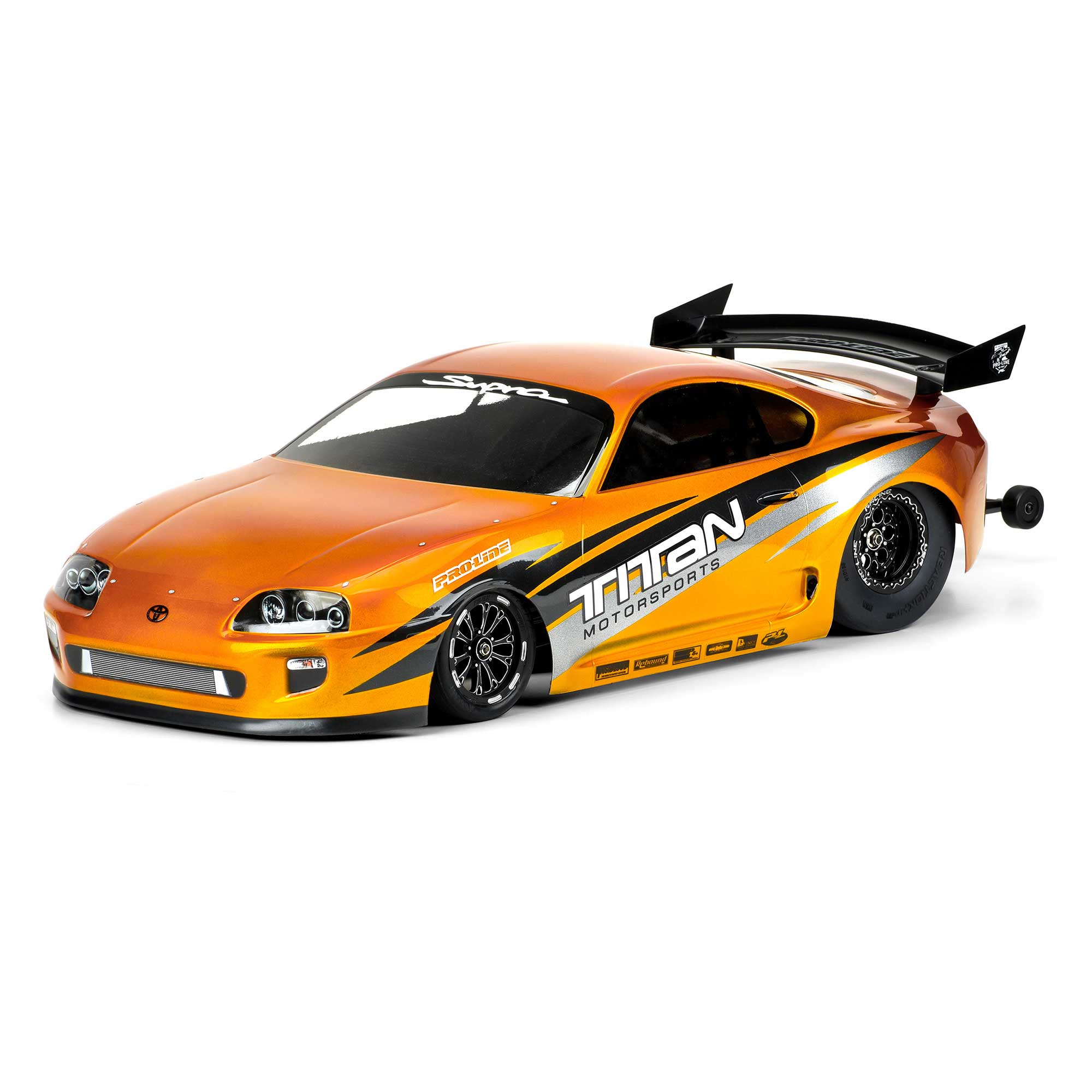 Is that a Supra?! Yes, it really is! Pro-Line is proud to introduce the car culture phenomenon 1995 Toyota Supra clear body to the no prep drag racing scene. All the iconic rounded shapes of the full-size car have faithfully recreated in 1/10 scale size and tuned specifically for drag racing. Pro-Line even includes separate headlight buckets to accurately replicate the 3-dimensional depth of the 1995 Supra headlights. The body features a unique tuner-style raised rear wing that is lifted by the included molded black plastic wing struts to complete the iconic Supra styling. Or you can 3D print your own OEM style Supra Spoiler using the design file provided by Pro-Line at the Quick Link - Manuals. Get your own 1995 Toyota Supra Clear Body for Drag Racing today!

To create the most scale look possible, the body is designed with a narrower track width than a traditional SC body. It is a direct fit on the AE DR10 and the Losi® 22S™ No Prep Drag Car, and your 2wd Slash® will require some new parts to fit correctly.

Don't forget to submit your finished Pro-Line body to Reader's Rides when you are done. Who knows, you could get your ride posted on the blog and you could even win a prize!

This is sold as a clear and unpainted body. Image of the painted body is only to display details. No vehicle chassis is included with this product.

Slash® is a registered trademark of Traxxas® L.P.


If you are building a custom Slash® 2WD Truck Drag Conversion then check out this video below!